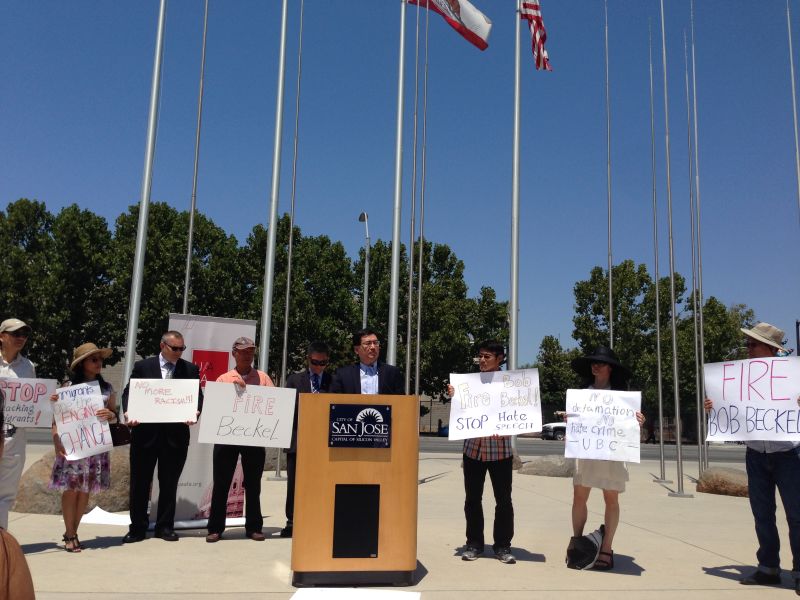 Good afternoon everyone, my name is Charles Liu and I am the president of UBC, United for a Better Community.

UBC is a non partisan, non profit grass roots organization that promotes unity, equal rights, and political participation from all citizens, particularly Chinese Americans. We are here today call for Fox News to Fire Bob Beckel! And why should Fox Fire Beckel?

1) As most of you here already know by now, on July 10, Bob Beckel spit out racial slurs, publicly insulting Chinese Americans on Fox news. And he is a habitual offender and unrepentant racist! Previously he's said that after his swim his eyes were swollen and he looked like an oriental! He attacked all Asians! And as council member Chu said - an attack on one is an attack on all of us!

2) He spread xenophobic remarks, and implicated that the Chinese American technology workers are potential spies. He further slandered the Chinese suppliers by claiming that all the toys contain lead to kill American children. This is simply not true! We can not tolerate such fear mongering and hate speech, and flat out lies!

3) And he ended his remarks with an obscene gesture, on TV, in front of all audience! This is completely unforgivable! And why we we should demand his firing not just an apology? Because he had a chance to apologize, what did he do? He squandered it. He did not to look inside his soul to reflect, but he used that chance to attack further, adding insult to injury. He did not say what he did wrong, nor did he say he would not utter racial slurs again.

In fact, he was essentially saying that if you are not offended and did not understand those racial slurs, then he did not need to apologize to you.

We can not tolerate this hate speech. These kinds of hate speech can escalate into much much worse if we do not confront them. History is full of such lessons and we must learn them. UBC promotes the cross community understanding. We believe that we can all grow and prosper by working together, not attacking each other.

We need to make the pie bigger so that all of us can get a fair share. The US-China relationship does not have to be a zero sum game! So Fox News, Fire Bob Beckel! Stop racism! Stop xenophobia, and stop making US-China confrontation into a self fulfilling prophecy! Thank you! 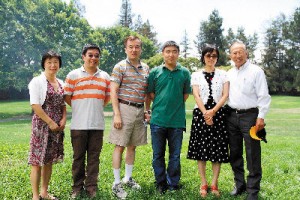 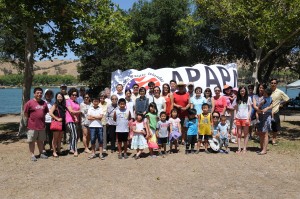